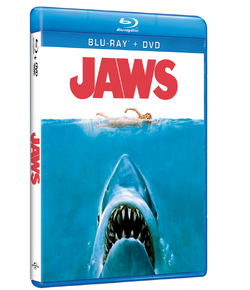 The cover shows the logos and the the title card of the spine the logo is shown on the front along with a shark rising up above a naked lady.