Like two of the previous installments in the franchise, this film also begins on the island of Amity. Sheriff Martin Brody, has died from a heart attack and his wife, Ellen (Lorraine Gary) is now the matriarch of the Brody family. Ellen now lives with Sean (Mitchell Anderson) and his fiancée, Tiffany (Mary Smith) while Sean works as a police deputy with the APD. During Christmas celebrations, Sean is dispatched to clear a stray log from a buoy in the main harbor. As he does so, a massive Great White Shark unexpectedly bursts out of the water, rips off his arm, and then violently pulls him under the surface. 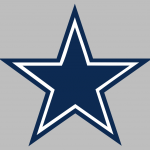