Brucette (a.k.a. Ms. Jaws, Jaws II, Scarface, Bruce 2, or Fidel) is a nickname coined by fans of the Jaws franchise. It attacked swimmers during the infamous "Second Amity Incident", and was later depicted as the predator and antagonist in the second film Jaws 2.

25 feet long in the film (4.9 tons), and a whopping 30 feet long in the novel (8.5 tons), Brucette was the mate of Bruce. Brucette was also very fast, able to catch up to a skier being towed by a boat. A portion of this shark's face and jaws were severely burnt in a boating attack and the boat’s subsequent explosion. Later, the shark is electrocuted by Brody after being lured into biting an electrical cable, then set on fire near a small power station known as Cable Junction.

Two sharks were constructed for the film as well as a tow fin. Two of the fully-built mechanical sharks were initially referred to as "Bruce Two" but then later affectionately nicknamed "Harold and Fidel", in reference to the production lawyers. More recently, fans have created their own name for the shark, preferring to call her "Brucette", as she was supposedly female and the mate (according to the film's novelization written by Hank Searls) of Bruce as seen in Jaws.

In the novelization of the film, (written by Hank Searls) it is revealed early in the book that Brucette was, in fact, the mate of the first shark (Bruce) that originally terrorized Amity.

Returning to the same waters, Brucette manages to give birth to only one shark pup before or during her being electrocuted. Years later, during the events of the novelization for Jaws: The Revenge (also written by Seals), Brucette's sole surviving pup would return as an adult to once more threaten the Brody family. Apparently, the electrocution had caused a mutation, thereby enhancing the pup's DNA and accelerated its growth process. 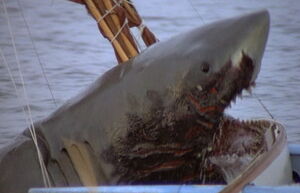 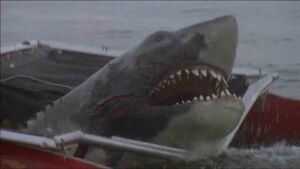 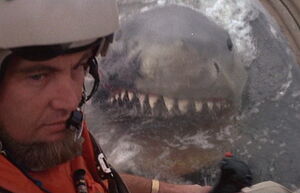 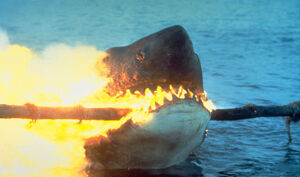 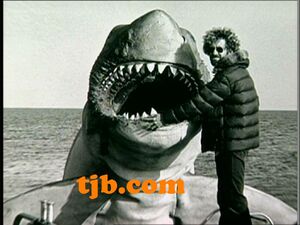 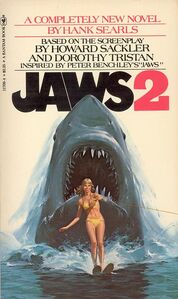 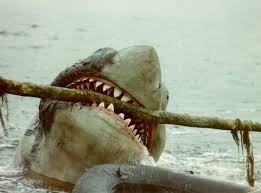 Brucette seconds before her death 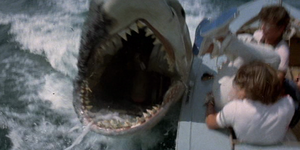 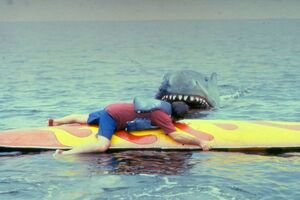 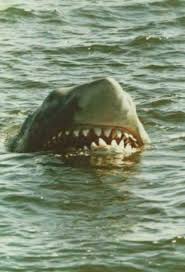 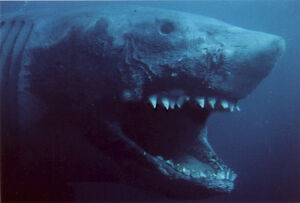 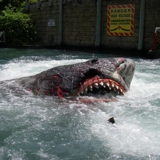 Brucette on the Jaws ride